AO CUBO
Proposal for Poldra - public sculpture project
Viseu, Portugal
2021
​
AO CUBO proposes to stimulate a different walk and a different relation with Mata do Fontelo's natural setting. As a contemplation object, the intervention is dispersed throughout a paved route in the forest, inviting to wandering. As an artistic object, it states its position in human/nature, built/spontaneous relationships: intervening on natural space without actually adding to its current humanization, it reveals itself on service to public space. This intervention consists in replacing 100 granite cubes from the paved route for pink marble cubes.​
AO CUBO happens when the path is lived and, through common elements which we're used to - the granite cubes, the paved floor - natural reality is emphasized as a contemplative element in its own right. It is, thus, an intervention which activates a closer relation to the vegetation, to the land, to their colours, their smells, their sounds. It is playful and performative, as it only fully exists in the movement of the ones visiting the forest. 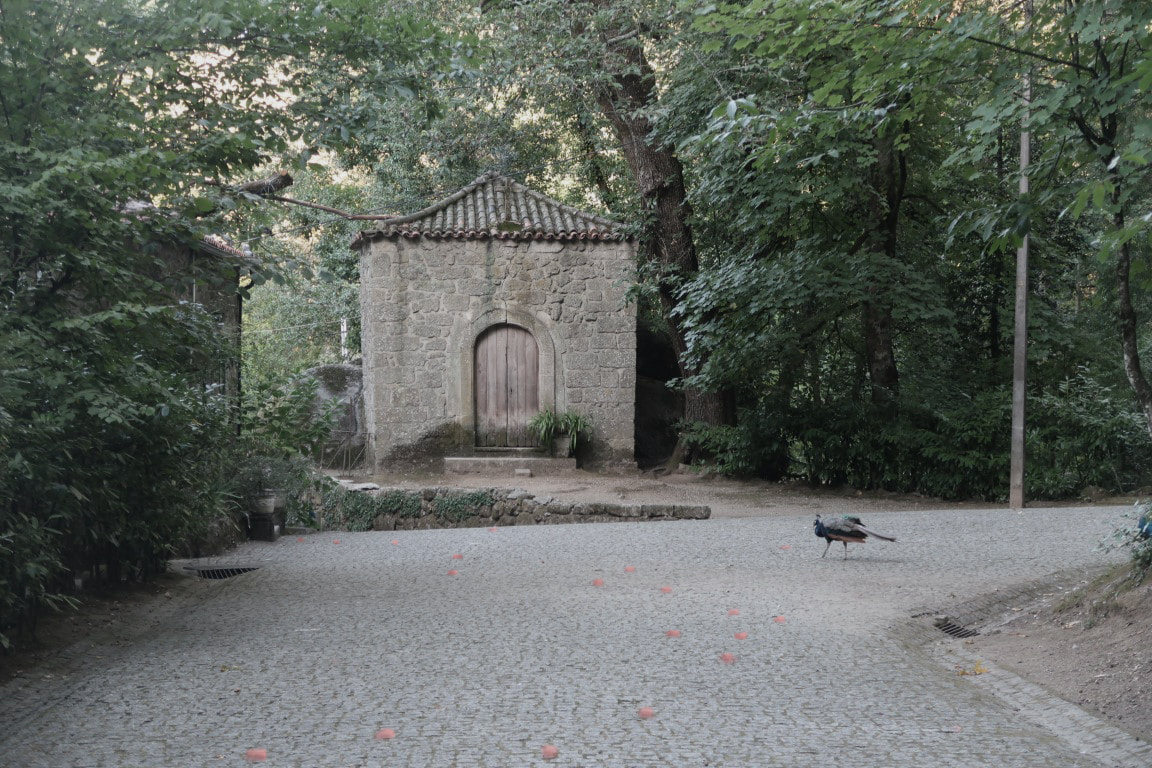 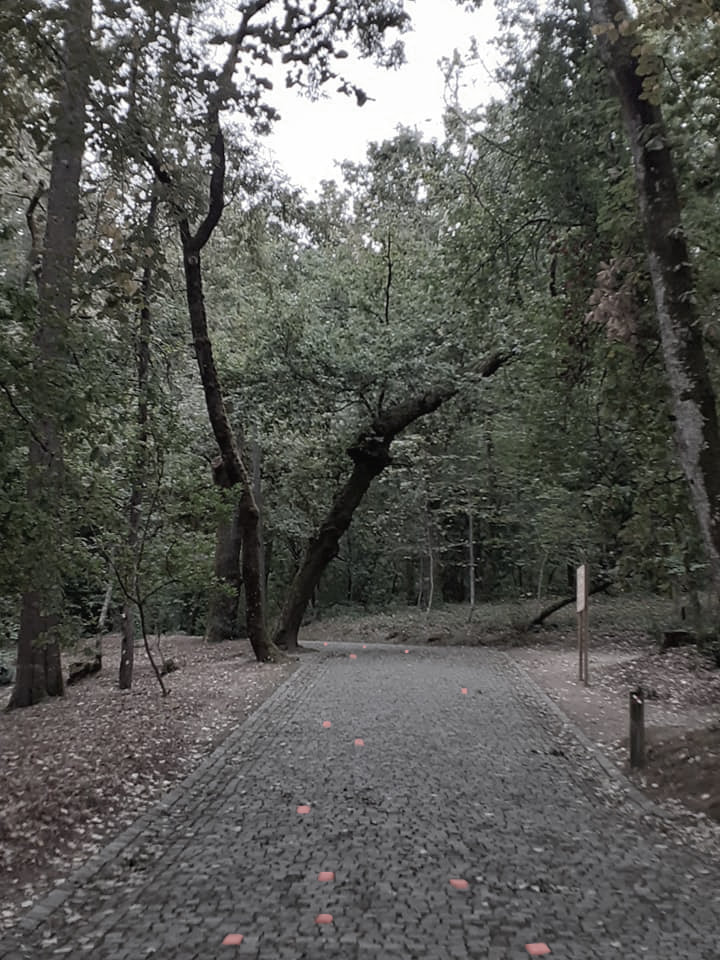 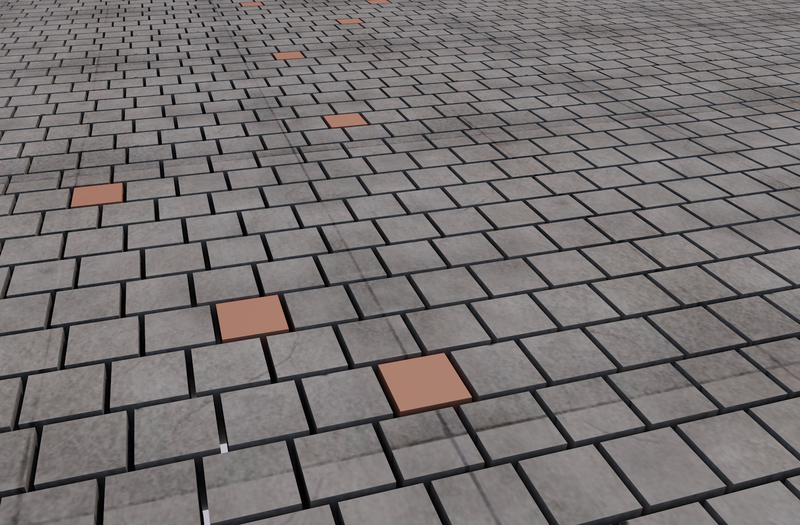 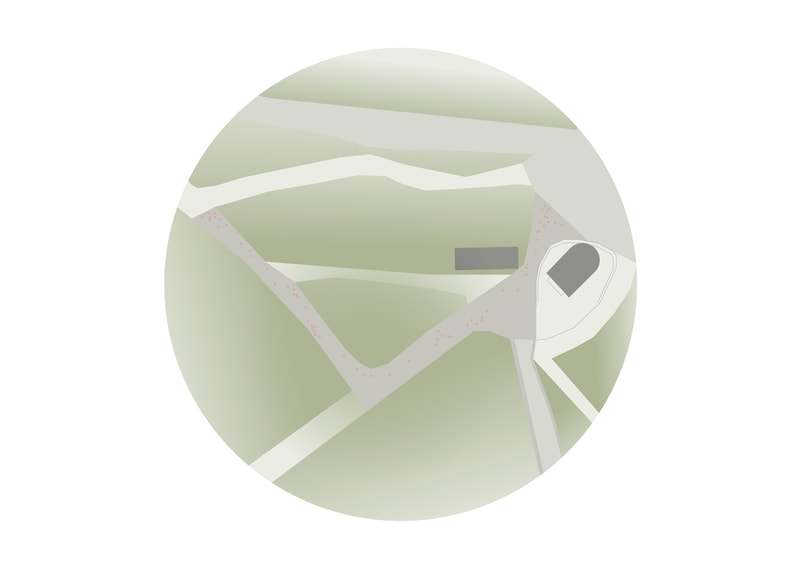