CUBO comes from a will to reaffirm reality. More than occupying a space, more than lending it, momentarily, a life that is not its own, it is intended to provide it, the space and the bit of reality it contains, with the visibility that can make it intelligible.
This action proposed to intervene on the place’s material reality in order to reflect on its immaterial assets. The importance of city fluxes, framed by the S. Bento train station and by the local inhabitants’ quotidian, is taken as part of a ritual process, materialized on a processional movement that begins and ends in the city centre. Before the final works on the pavement of Rua da Madeira take place, a portion of its granite cube [cubo] will be lifted, exposing its foundation, its root. Taken from their usual and predictable context, these elements – which were already there, have always been there – enhance new understandings of an already known reality and open the field to new questions. This will open the ritual: the countless cubes will depart on a journey through the surrounding area, performatic statement of intent and invitation to participation. This way, this part of this city is repositioned in a broad urban context, stating its presence, its specific features and meanings. Taken back to its source location, the cube will become a permanent work matter, reorganizing space and marking the multiple actions, which will happen along a week, providing them with context, form and stimulus. These activities will be presented as critical interventions that allow the growing of a transversal and multidisciplinary discourse, debating the situation of Rua da Madeira and Largo da Madeira and the role of Art as a motor for requalification. By publicly presenting and representing ideas and different points of view, creations that are actually born from the distinct approaches proposed around the same research object, the playful character of the isolated actions it will be combined with the developing of a discourse that comprehends the complexity of the realities it is working with.
In the end, as a result of this process, an open workshop will take place to collectively redesign this portion of pavement: an ephemeral sign of a common will, present to the moment of the final pavement works, scheduled for the end of 2015. This action will bring together residents and professionals from architecture and design which, working together, will transform this everyday matter, this common, trivial pavement, in an identity mark, a collective floor, different from all the others. This way, and profiting from this transitory moment, it will be possible to create a more expressive and free design.
After all this journey, this cube will go back to its place, from where it came, but it will be richer and more alive; it will take along all the thinking it provided and will be a present sign, though ephemeral, of the will of a changeable group of citizens that found at Rua da Madeira and Largo da Madeira a common concern. 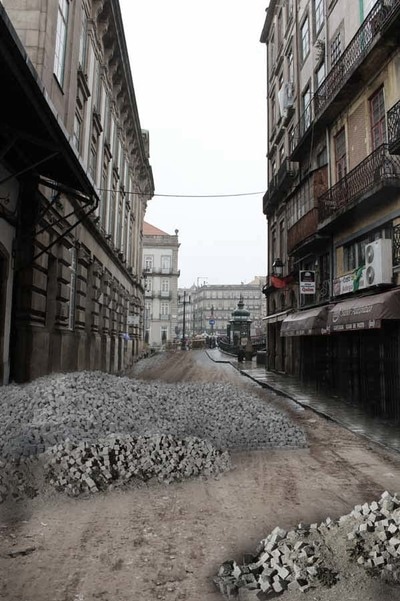 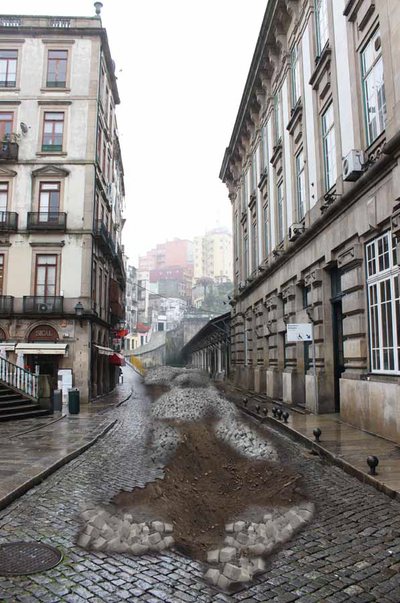 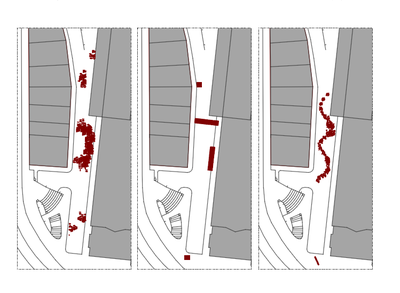