Reality as its own resolution.
Through a single – and critic – intervention, the attention is set on built landscape: more than extending the building, the absence of a programme is used as a statement for the potential of what already exists.
The gable on the last building at Alexandre Herculano street is an expressive sign of the morphological changes in that block and, academically, considered a problem to be solved. Doubling it means giving it its own character, objectual and artistically. At the same time, the wall [parede] acquires significant value as isolated entity, taken from an element of the constructive system to the motor of the intellectual structure proposed.
The material execution of the intervention reflects this understanding: the sculptural piece is set into a compact concrete block that replies the dimension of the gable, although suspended from the floor, emphasizing the subversion of the wall’s bearing character.
The contact with the pre-existences is made through the supporting steel structure that both unites and tells apart the two present realities. This way, the starting point of the intervention remains visible, explaining the constructive and intellectual processes behind it. 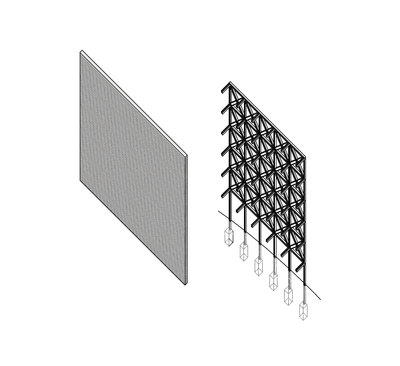 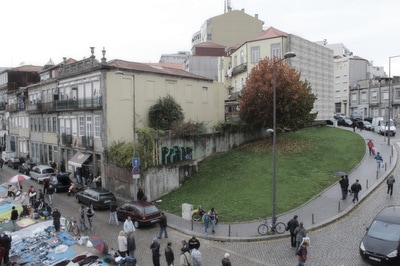