To work on public space is a chance to highlight it. It is a chance to emphasize reality and boost critical thinking about it. Reality is worth on its own: the proposed action steps away from practices that take it as no more than a background to another object of attention and it's faced as a mechanism of re-enabling one's sight and presence before what surrounds us. The intervention exists not to be seen, but to make see.
In WOREK Z PIASKIEM, an intervention is made on the interior of a block near Wroclaws historical center. This semi-public space has three entrances and is used mainly as a parking lot. It's crossed by informal pedestrian routes and defined mostly by housing buildings, in very different states of preservation.
Aiming to promote new views on what was already there, the device used sandbags. This material - modular, resistant, neutral - enabled several settings, creating multiple and variable relations with the routes, with the usage - with the day-to-day - of this block. The developed settings allowed to explore and make intelligible matters of limit, layout, pre-existence, route, trench, bridge, as well as the concepts themselves of space regulation and spontaneous usage.
On the other hand, sandbags relate to emergency states - like floods - and a certain feeling of working together towards a common goal, a collaborative spirit suitable in the context of this collective space.
The layout proposed emerged from the analysis of the block, in order to emphasize key-situations, simultaneously creating a system that includes, from each entrance, the movement from the streets on the inside of the block. From each element it is possible to visualize two others, suggesting the observation of specific points as well as of broader situations. The devices used were the portico, the pillar, the bench, the step, the platform. Through them were thus proposed different relations with the space and the local dynamic: duplication, reorientation of body, reorientation of sight, tracing routes, calling attention.
The project took part of a workshop with polish participants that actively helped in the analysis of the place, in the developing of the intervention and in its construction. When the workshop was over, one possible layout was left on the space, intending to be the first of many, as the inhabitants were invited to rearrange the bags into different configurations. 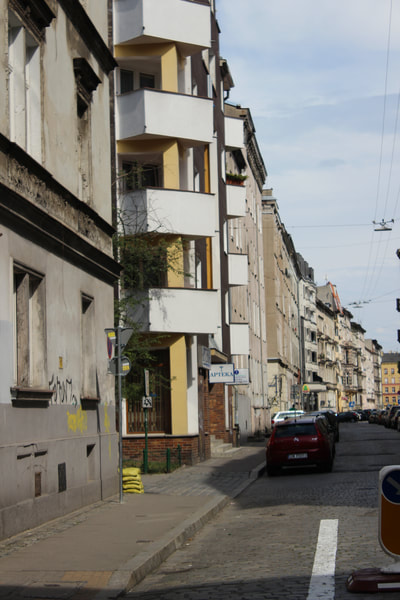 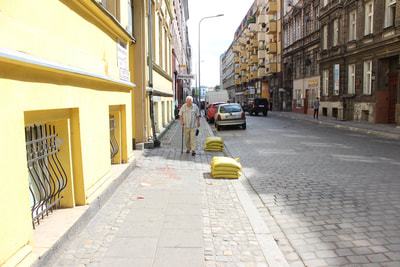 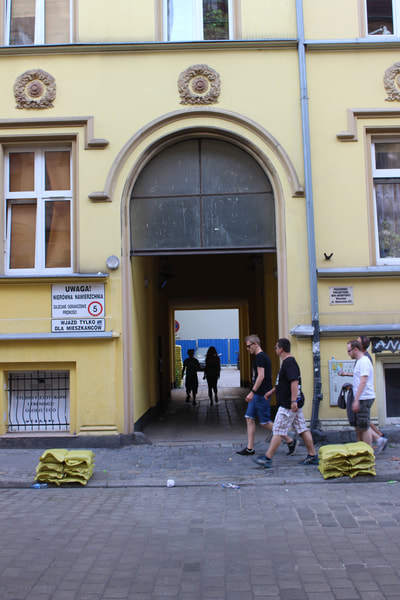 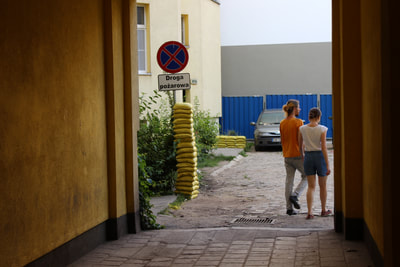 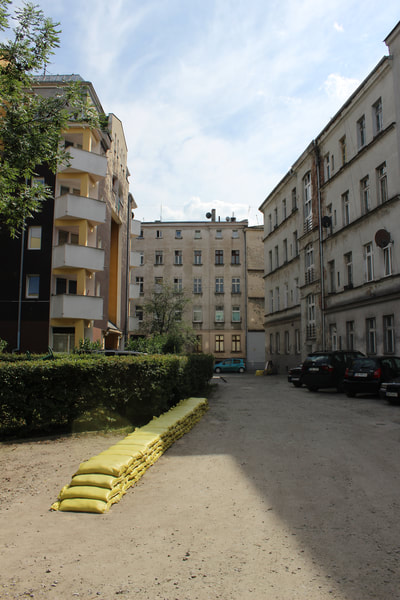 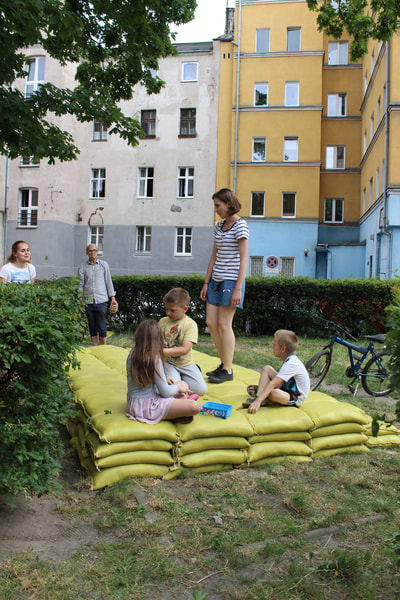