PAVILHÃO ZERO PAVILHÃO
Proposal for Walk&Talk
Ponta Delgada, Açores, Portugal
2020
​
To inhabit, there's no need to build.
In the sphere of an artistic and cultural festival that values the specificities of its context, it is particularly pertinent to think about the positioning of what is presented as its home and what it represents. It is pertinent to understand the goal it aims to achieve and what is the most effective and sustainable way to achieve it.

Until a campaign led by Cedric Price (...), it was against the RIBA code of conduct for an architect to advise a client to ‘do nothing’.
[David Knight and Cristiana Monteiro, Plotting, Punkto Magazine, September 2011]

This project proposes to experiment creating from reality: based on the resources that already exist, it reveals to them new aptitudes and possibilities, it aims to emphasize the real and effective potential of the existing structures in Ponta Delgada as an alternative to new constructions, which potential would be limited in time. To respond to the same purposes, in a more rooted and lasting approach, with no material needs: a pavilion that is not a pavilion.
To reinforce the presence of the city's spaces and structures, to create new synergies or to explore new and more diversified possibilities allows for more voices to be included in the festival and, mainly, boosts its long-term action, in an independent way.
Taking an immaterial form, the pavilion is the square, the buildings, the city, the island. Bridged by existing structures, the technical and programming demands do not lack their own building. Stages, bars, spaces for meals will have the organic answer from the city, re-known and transformed, without ceasing to be who it is. Day-to-day taking an active part in city life. 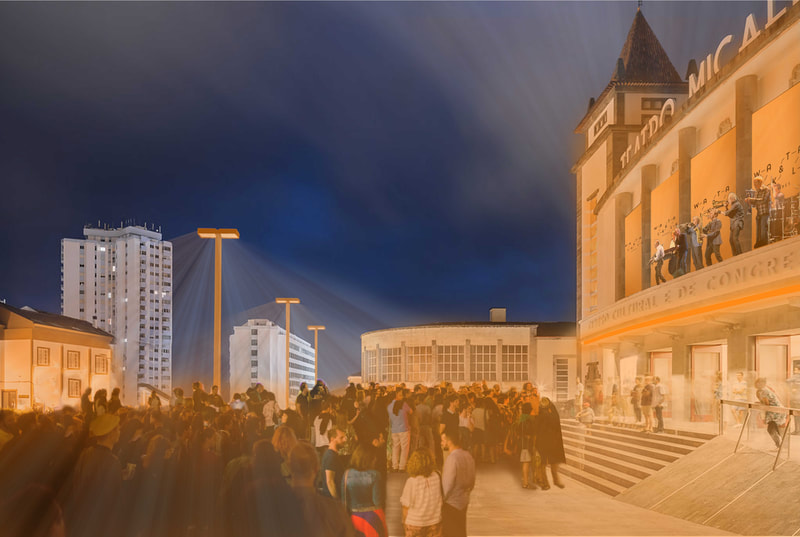 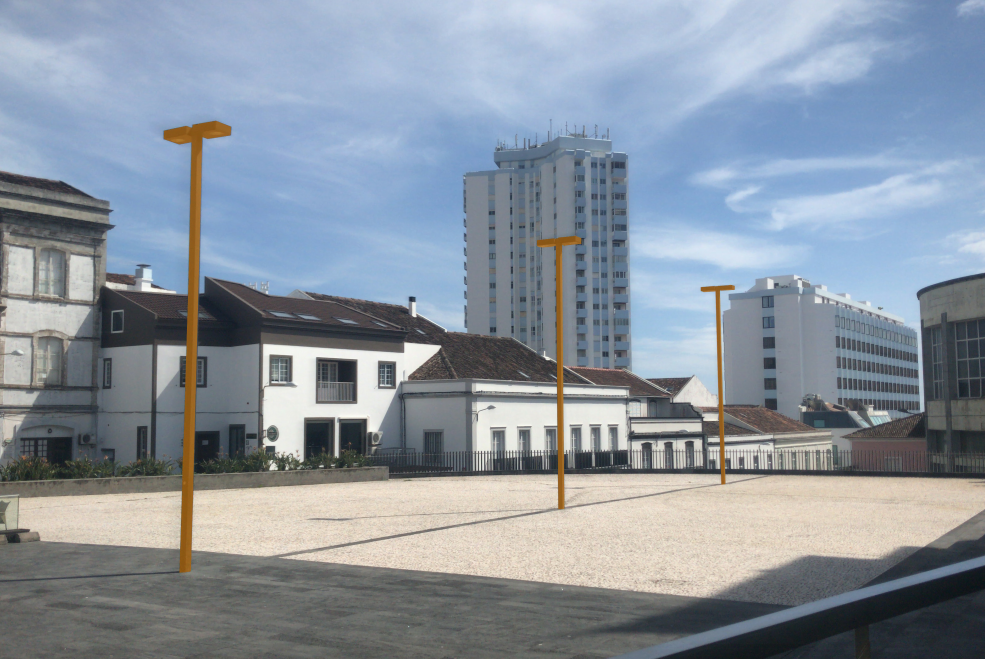 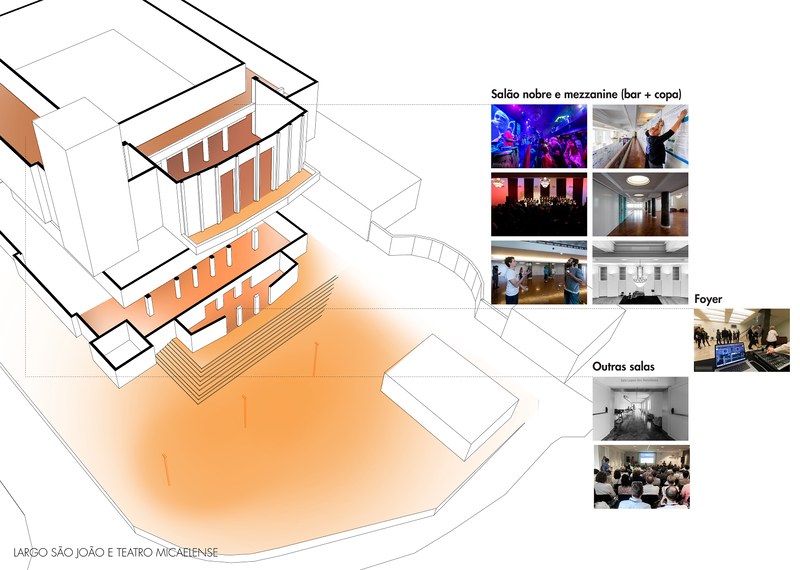 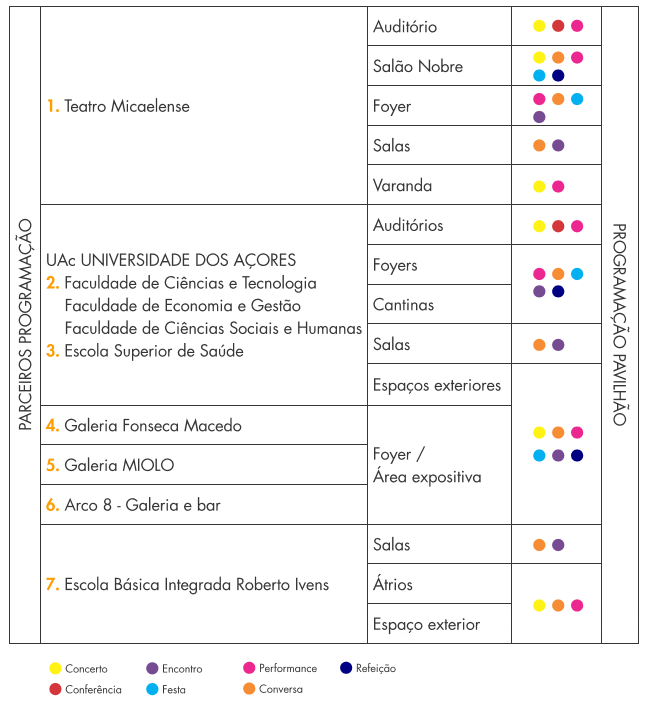